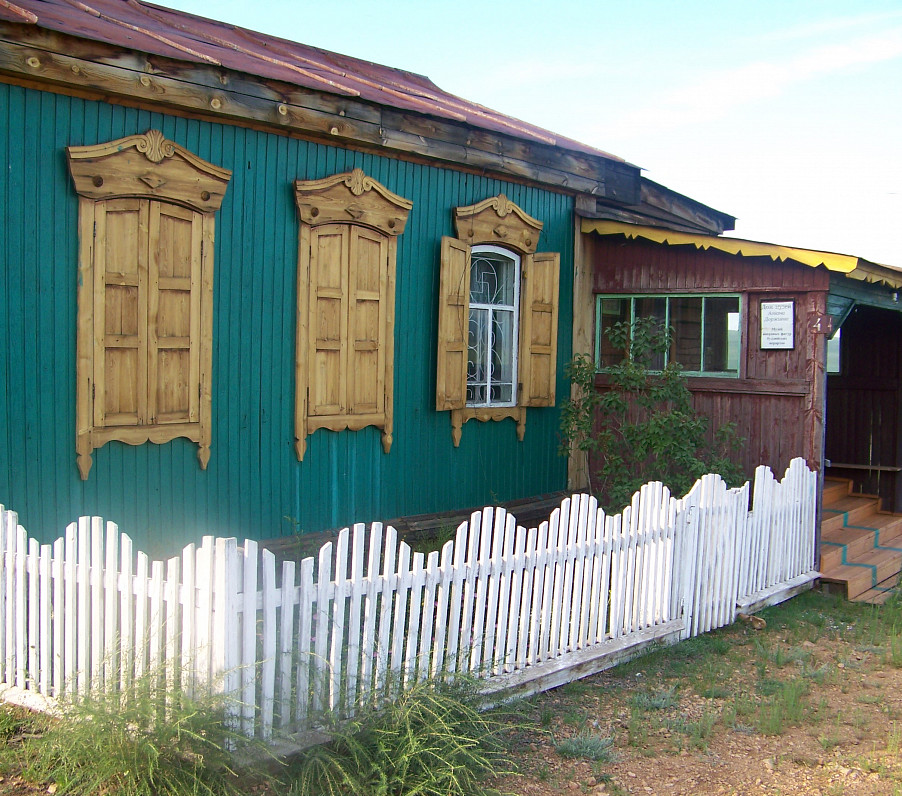 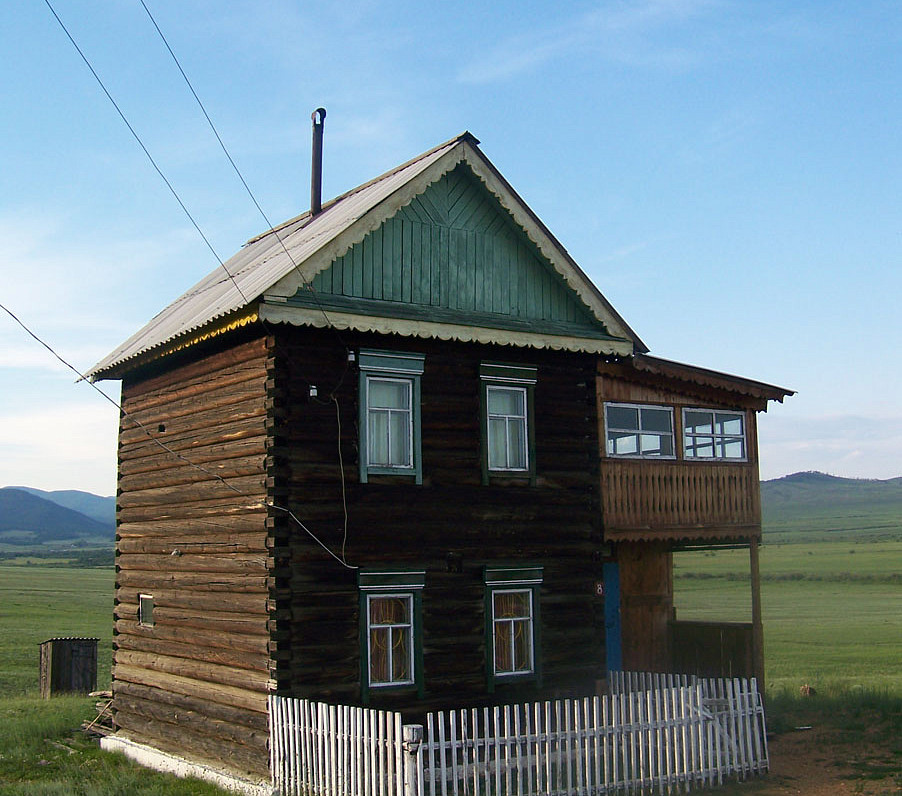 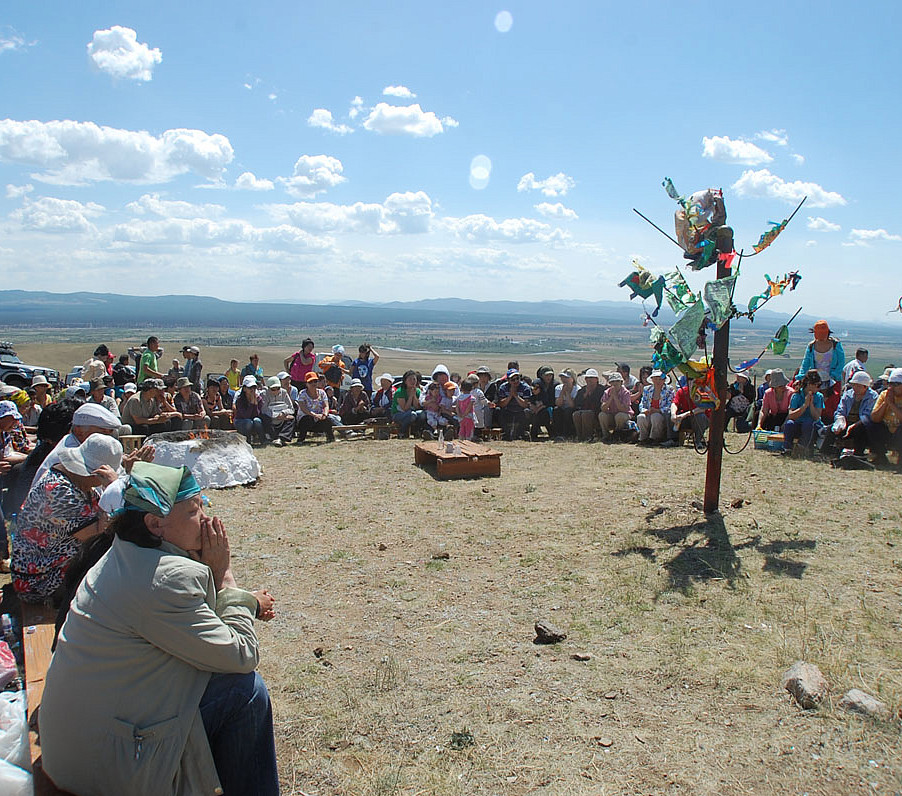 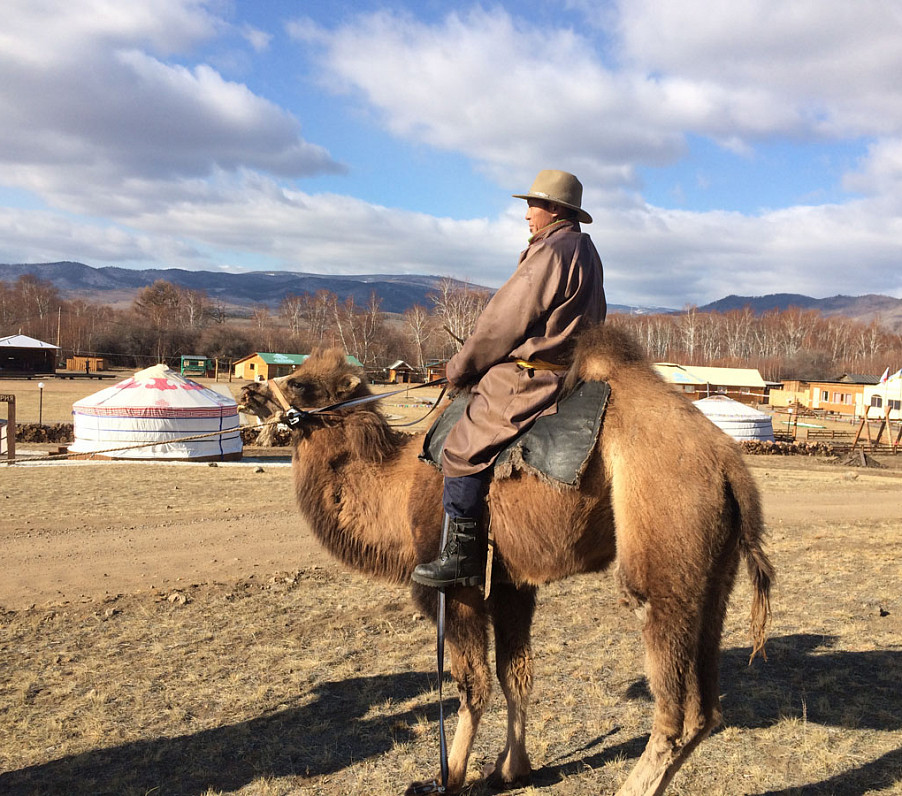 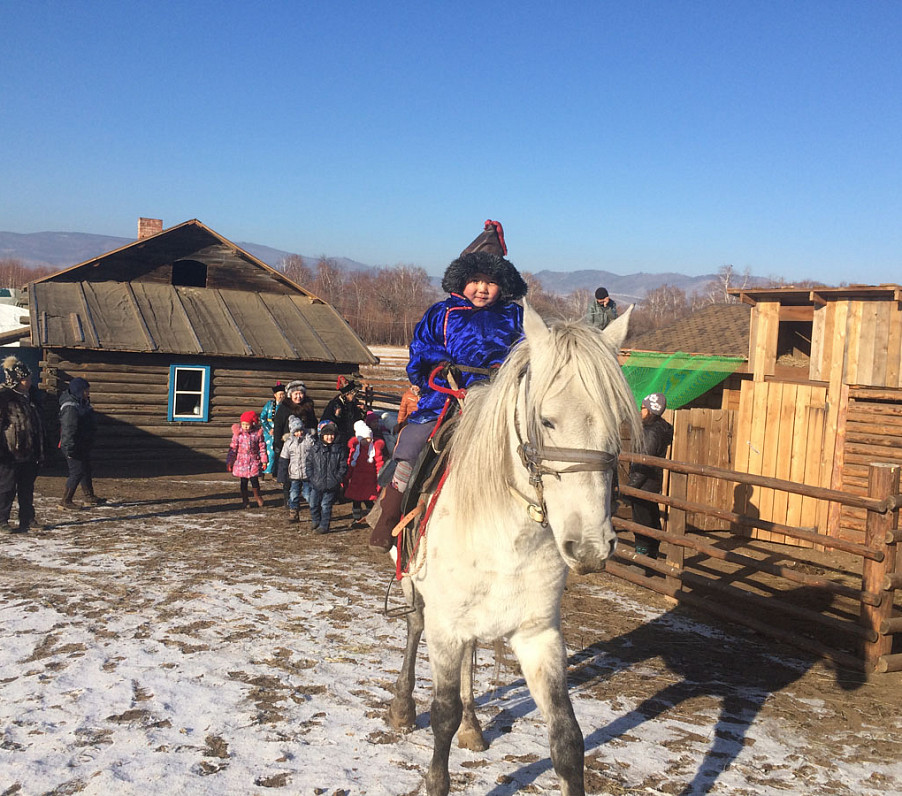 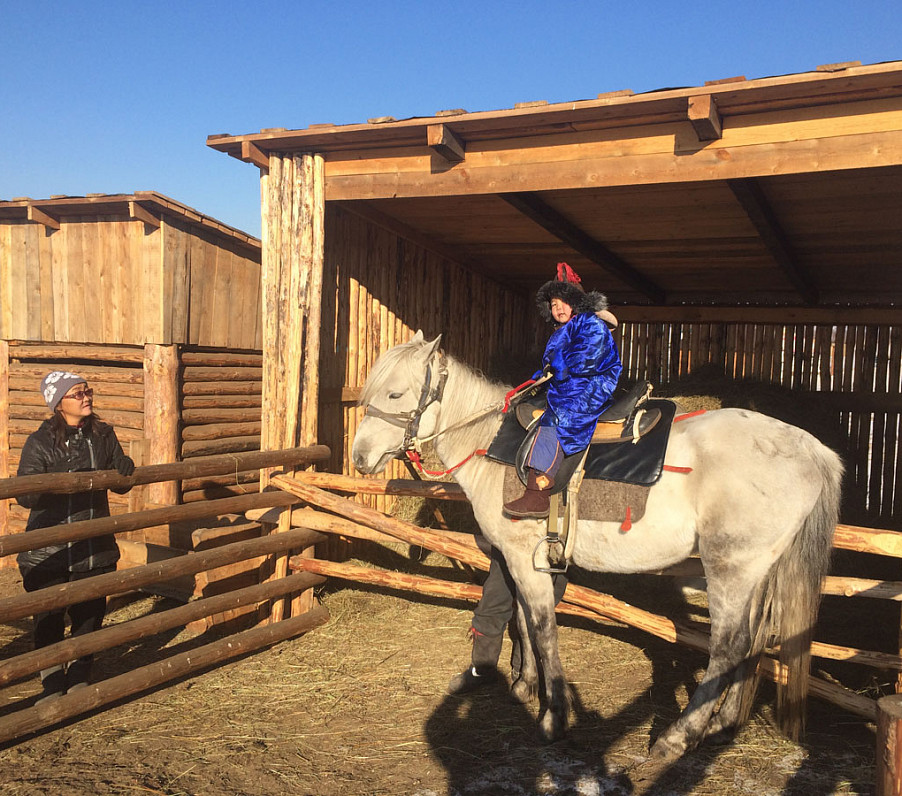 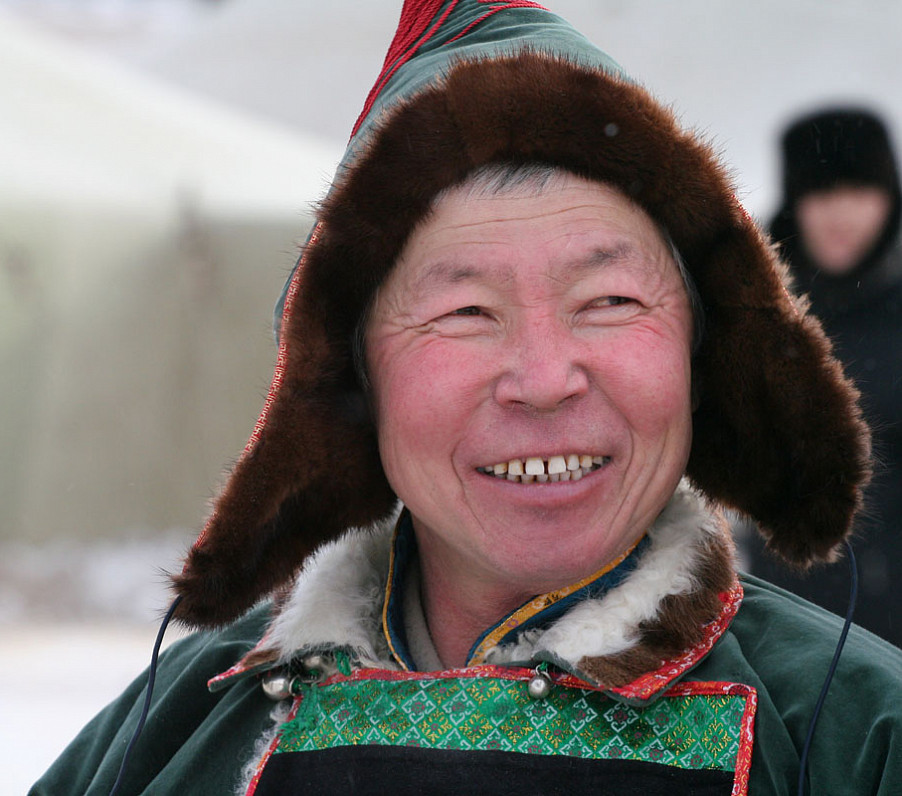 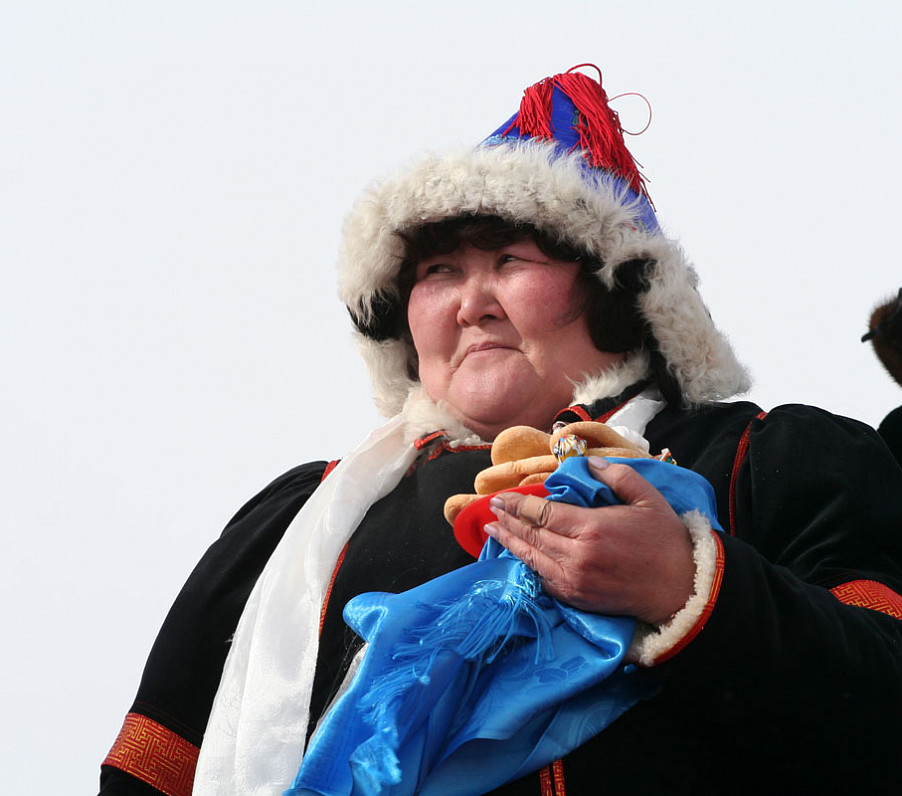 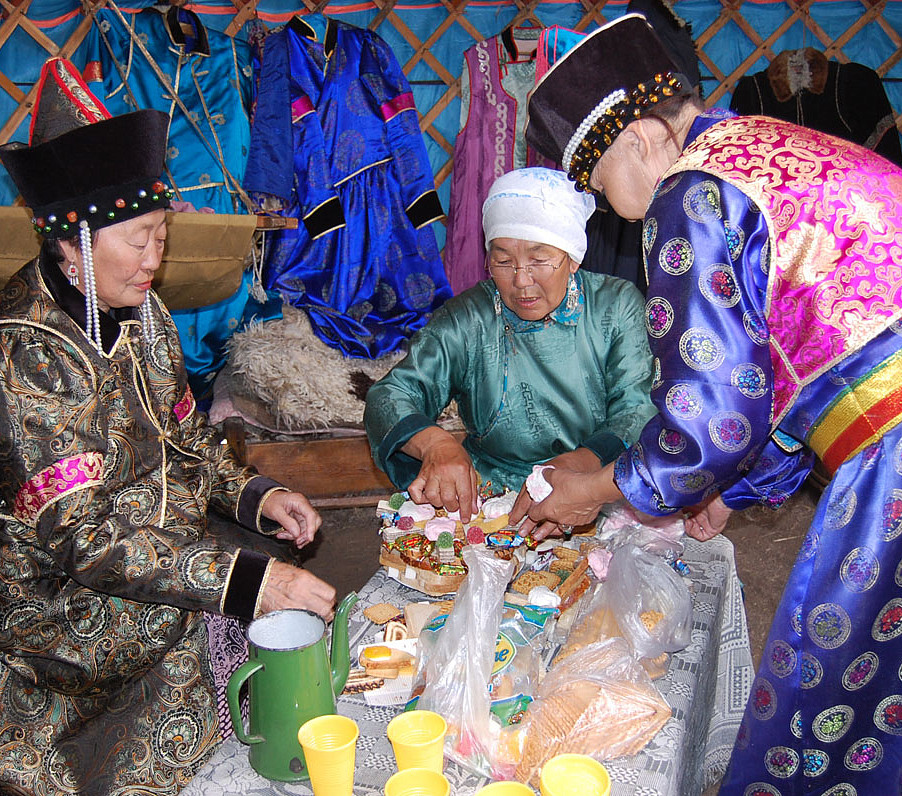 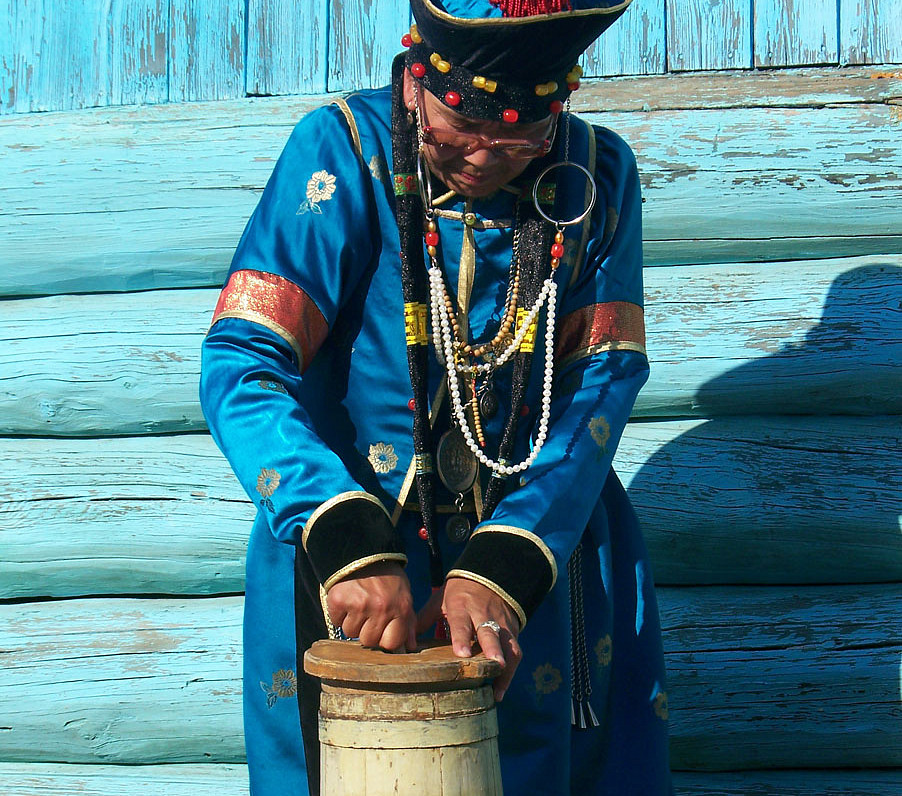 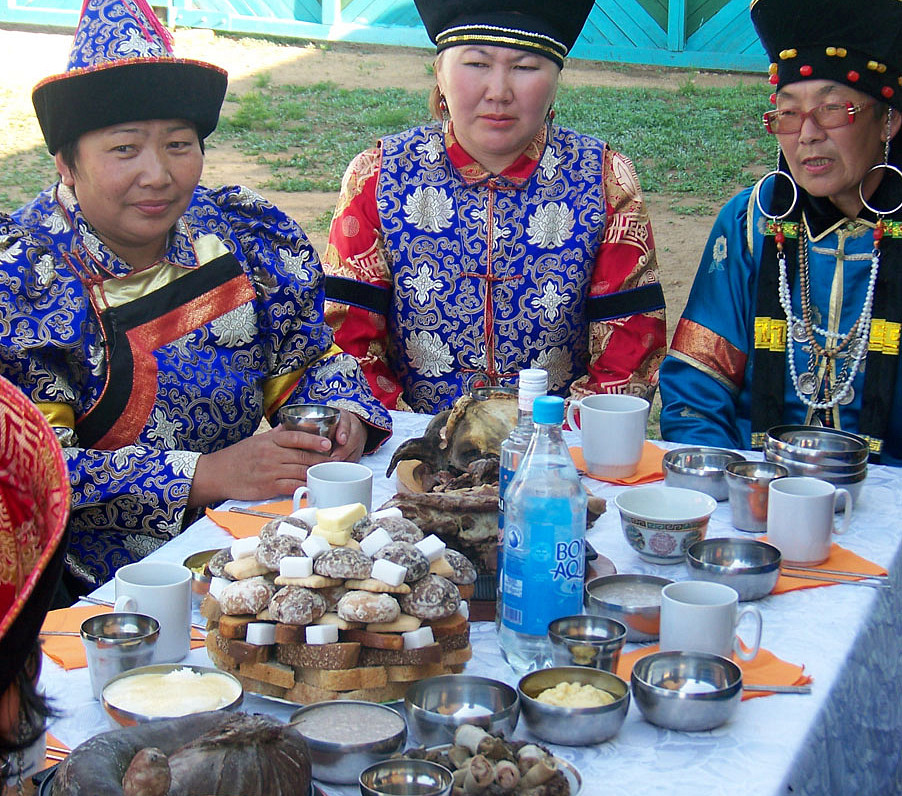 ATSAGAT - this word means "stone" in translation from Buryat language.

ATSAGAT is a village situated 50 km away from Ulan-Ude, capital of Buryatia. It is an old Buryat village, whose native residents are descendants of Guchit tribe. There are very few villages now in Buryatia where native language is mainly spoken. Atsagat village has about 100 homesteads. There is a secondary school and a boarding school where children from adjacent schools live and study from Monday to Saturday.

The old people tell a legend: in 17th century, when the tribe was moving across taiga, across hillsides, plains, looking for a place where they could stay and have settled way of life. People and horses got tired from long roaming about, from encounters with enemies who encroached upon the tribe's assets. But the chief of the tribe led people ahead in search of a good place. During one of such marches, the saddle-girth of the chief's horse got torn.  And then the chief exclaimed: "It means, gods ordered so and gave us a sign to stay here forever". An expanse as wide as an eye can grasp, the magnificence of mountains and hills covered with greens, and pastoral places for cattle, all this is Atsagat valley. Air is filled with abundance of fragrant herbs, many of them being medicinal, especially fragrant is Aya-Ganga herb whose heady aroma the tourists will remember long after. Medicinal herbs have been used for a long time to treat people. Atsagat herbs were included in the Atlas of Tibetan Medicine.

A great scholar and enlightener Agvan Dorzhiyev has lived and worked in Atsagat for many years, and to him there was no better place for soul and mind. He described the local Shalot Arshan (arshan is a healing spring in Buryat) as a spring that cured from seven diseases.

In 1825 Atsagatsky Datsan was founded. In the datsan, in the main temple there was school, printing house, library - and the main inspirer of all this was Agvan Dorzhiyev who was teacher of 13th Dalai Lama.

In 1891 the datsan and Atsagat village was visited by Crown Prince Nicholas who was returning from Japan trip. He came to to Transbaikalia to recover (while in Japan, he was wounded with a saber by a reactionary minded Japanese Army soldier). Word of Transbaikalia's famous healers reached the company of the Crown Prince. It was they who appealed to Choynzon Iroltuyev who subsequently became the attending physician of the imperial family of Nicholas II.

Atsagatsky Datsan is a sacred place that educated 7 Khambo lamas, which is the title of senior Buddhist priests, who subsequently served at various datsans of Russia.

At Atsagatsky Datsan, you will be met by 14th Dalai Lama himself. His full-scale wax figure sits on the throne in the centre of datsan. At the same place, you can see 1000 rescued Buddha statuettes. Residents have kept them away from prying eyes in the years of repressions.

The Atsagat village museum – is the original ancient things, of scientists who lived in this village: Agvan Dorzhiyev and Choyzon Ireltuyev. There are also in storage the copies of Tibetan atlas pages and mantra books written in 17th to 18th centuries, which are stored in fabric covers.

Today there is also the tourist complex Stepnoy Kochevnik (Steppe nomad) situated near Atsagat village. In the complex stand felt Buryat yurts for accommodation of guests, there is a cafe, an old style Buryat house built, where a Buryat family lives, keeps house, breeds cattle, plants vegetable garden. There are a Siberian bathhouse, a sauna and a well-furnished bathroom. The territory of the complex is situated in a cosy corner of Atsagat valley, surrounded at one side with Tamkhita hills, on the other side with dense mixed wood at the edge of which flows a brook with purest mountain water from Atsagat's arshan.
Write review 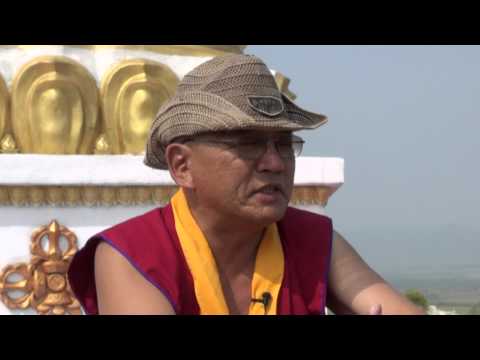 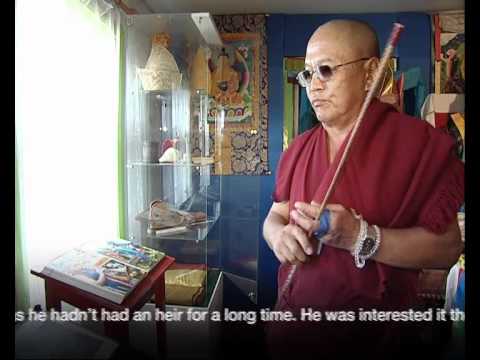