News / Conference and assembly in Vyatskoe

A meeting of the most beautiful villages of Russia

On 8th and 9th of December 2016 in the village of Vyatskoe, Yaroslavl region, became the first full member of the Association of most beautiful villages of Russia 15 October 2015, it's been very important to associate the event with the participation of the inhabitants of the beautiful villages, government bodies, charities and experts in the field of tourism and cultural heritage. In the first the 8th of December the conference "Wealth, which we do not notice". In the plenary part of the conference in the first half of the day were:

1.       the First Deputy Chairman of the Government of the Yaroslavl region Victor Kostin G. with a salutatory word to participants of conference;

3.       General Director of the Foundation support of civic engagement in small towns and rural areas, "Perspective" (Fund "Perspective") Svinin Alexander report "the Experience of NGOs in the conservation of the rural heritage";

4.       the Honored worker of culture of the Russian Federation, candidate of architecture Sevan Olga Georgievna the report "rural wooden architecture: history and modernity.  the Value of wooden heritage";

5.       Professor, Department of environmental Sciences and land management, Director of the Institute of mathematics, natural Sciences and information technologies of Tambov state University. G. R. Derzhavin Emelyanov Alexey V. a report on "the Aesthetics of landscape and tourism resource";

6.       the program Manager of the Charitable Foundation Elena and Gennady Timchenko Elena Konovalova with the report "cultural mosaic";

7.       the Chief editor of the "Journal of events" (Event&Travel), the authorized representative of the Ministry of culture of the Arkhangelsk region, an expert on tourism strategies and communications of the company "Point. The point of the" Moseev said the report "We have a lot of books to learn, and the truths transmitted by word of mouth" about the recollections of old residents of the villages as a valuable historical source;

8.       Student Intern Luke Tiphaine (France) with the report "the Association of most beautiful villages of France: history and national character problems".

And in the afternoon held a round table "Problems and prospects of development of the members and candidates of the Association", which is about his experience and told the representatives of the villages participating in the Association:

2.       Plastinina L. F., Director of "Center of old believers" – the representative of the village of Desyatnikovo Tarbagatay district of the Republic of Buryatia;

3.       Treason A. V., head of the MO Oshevenskoe is the representative of the village Oshevensky Graveyard of Kargopol district of the Arkhangelsk region ;

4.       Kalmykov N. F. – a representative of the village of Kinerma of Pryazha district of the Republic of Karelia;

and representatives of the villages that are candidates for membership in the Association, told us more about his homeland:

On the second day of December 9 passed the Assembly the most beautiful villages of Russia, were made several reports and in a narrower range of discussed problems and prospects of village development parties and candidates.

Also, we had a nice meeting of the Assembly, with the famous Opera singer's Love Kazarnovskaya, which annually holds a festival in the village of Vyatka, participates in events and recently even became a resident of the Vyatka.

The videos about the event can be viewed:
Back to the list 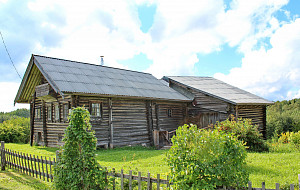 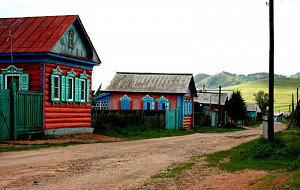 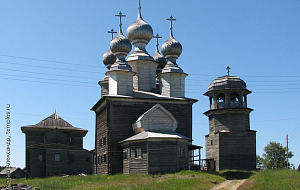